Club Penguin is a fun virtual world where tons of players from around the world can meet others and play games in a safe environment.

In 2000, Lance Priebe had been working at the company New Horizon Interactive in Kelowna, British Columbia, Canada. He had the idea about creating an online snowball war game that would involve penguins. They originally chose penguins because they were easy to animate and Lance was inspired by a picture in the newspaper of a penguin slipping on a banana peel. His friend, Lane Merrifield, who was also working for the company at the time, told him that they should take Lance's idea to create a virtual world for kids, and expand on it to make a whole island full of places to explore and things to do. They asked their boss, Dave Krysko if they could go on to make this idea, and he said to go for it. And so, the two set out to make it happen. To start off, Lance Priebe created his own website, Rocketsnail Games. This site would soon include the game that would inspire the creation of Club Penguin: Experimental Penguins.

Experimental Penguins was a small game that wasn't very popular. Players could create a penguin that could waddle around, chat and throw snowballs. Then the idea got much bigger. Penguin Chat and Penguin Chat 3 came along, with things such as ninjas and Snow Trekkers (or Snowcats), which would later be incorporated into Club Penguin. Lane and Lance knew that they had to take the small game that Penguin Chat 3 was and make it so big that children all over the world could connect and play together. They thought of names such as World of Penguins and Penguin Land, but they eventually settled on one name: Club Penguin, because they wanted their players to feel as part of a community since the virtual world itself was meant to be a community.

The development for the duo's dream game, Club Penguin, had begun. The two, who were now known in the game as Rsnail and Billybob, hired Gizmo as a moderator and Screenhog as an artist and sound manager. They created Club Penguin with no external funding, and eventually created a few basic rooms and interface. In August 2005, the small team of developers put up a beta website, where people could beta test the game and search for bugs and glitches. Beta Testing had done so well to help the game that the team decided to throw a Beta Test Party, to show appreciation to the penguins who had helped them make sure Club Penguin was ready for launch. The Beta Test Party began on September 21, 2005, and only lasted for two hours. After one more month of beta testing, Club Penguin was ready for public official launch. Its doors were opened on October 24, 2005. Millions of penguins signed up. Days after, Club Penguin released its first ever major party: the Halloween Party 2005. In November 2005, round fluff balls called Puffles started appearing at the Snow Forts. They became adoptable as pets on March 17, 2006, in the Pet Shop in the Plaza. That year, Club Penguin had hired Chris Gliddon, also known as Polo Field, as Club Penguin's historian, and he soon became head of social media. Club Penguin had reached hundreds of employees by late 2006, and it soon became one of the most popular virtual worlds around. Many new locations and games had been added to the island. In August 2007,Club Penguin was looking for a business partner to reach out to more children and families across the globe. They chose The Walt Disney Company, the world's leading source of family entertainment. With Disney, Club Penguin was able to do more things that they could not do before. From then on, New Horizon Interactive became known as Disney Online Studios Canada. In October 2008, for Club Penguin's 3rd Anniversary Party, the first plush and figurine toys were released. There was a big party in Times Square in New York City to celebrate three years of Club Penguin.

In 2010, both Rsnail and Screenhog left the game. Rsnail left Club Penguin to pursue a new project, Mech Mice. In October 2012, Billybob left the game to create new educational technology for schools. Chris Heatherly, also known as Ske Hike, took over as General Manager and Vice President of the company the following February. In early April 2013, social media staff member and moderator Businesmoose left Club Penguin to work on Mech Mice with Rsnail andScreenhog. On June 19, 2013, Club Penguin created their own official Facebook page. They will post sneak peeks and their own history on their page.[http://clubpenguin.wikia.com/wiki/Club_Penguin 1]

Since CP shut down. Many Armies closed with it, only a few successfully survived the shutdown, including the Rebel Penguin Federation.

CPPSs [Club Penguin Private Server] carry on the original Club Penguin, allowing people to relive their past. Notable ones include Club Penguin Rewritten, a CCPS that managed to hit 1 million users.

The logo during the 2012 Puffle Party.

The Snowforts, a room in between the Town and Plaza. This is where most Snowball Fights occur.

A penguin avatar waving. This penguin is a Member. 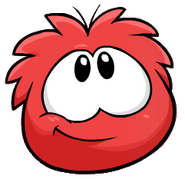 A Puffle, little creatures that can be bought as pets.
Add a photo to this gallery

Retrieved from "https://clubpenguinarmy.fandom.com/wiki/Club_Penguin?oldid=25874"
Community content is available under CC-BY-SA unless otherwise noted.