Sidie9, widely referred to as Jemma, is a retired Small/Medium Legend and 2015/16 Army Legend nominee in the Club Penguin Army Community, first joining the Ice Warriors under the leadership of Iceyfeet1234 in 2011. Sidie9 is commonly known for being one of the most notable and successful AUSIA leaders in CP Army History, having created the first known AUSIA division. Sidie9 made a resurgence during the CPPS armies era, creating and leading the People's Imperial Confederation from 2019-2021.

Though having officially retired, she currently serves as Director In Chief of Club Penguin Army Headquarters and is active in the PIC leadership.

Sidie9 joined the Ice Warriors in 2011 after being recruited from a Club Penguin Cheats XAT chatroom. She was unable to attend many events, however, with no events held in the community that accommodated her Australian time-zone. With some friends from IW and real life, Sidie decided to create the first AUSIA division in army history that same year with the Army of Darkness, which would be succeeded by future AUSIA-based armies such as Army Union and Heroes.

Sidie9 would go on to serve as the AUSIA leader/Second-in-Command of the Hot Sauce Army (HSA) from the beginning of their revival in April until their shutdown in June of 2013. This generation of HSA would be recognized later on as their Golden Age.

Her AUSIA based Small/Medium army Heroes was colonized under HSA and soon became the Hot Sauce Army's AUSIA division. The division would max between 10-20 troops, which was a feat unheard of prior to the AUSIA boom later that year. The division would become pivotal in wars against the Doritos and the Light Troops.

Flipmoo/Slimball2007, a future ACP Commander-in-Chief and CP Army Legend, became a frequent visitor of the HSA and Heroes chatrooms. After discovering the seeds of AUSIA growth planted by Sidie9. ACP would popularize the AUSIA community with their own division in late 2013.

Sidie9 joined the Army of Club Penguin in November of 2014 after a stint as Commander-in-Chief of the Golden Troops. Working her way up the ranks gradually, she eventually became ACP's AUSIA leader in early 2015 before finally being promoted to Commander-in-Chief alongside Albaro Lord on August 8th amidst a war with the Rebel Penguin Federation.

Albaro Lord retired a week later, leaving Sidie9 as the sole leader of the ACP. Following Operation Babirusa, which forced RPF into a much needed ceasefire with ACP. Sidie led a community-wide crusade against a rampant multilogging epidemic. This included conducting a coup d'état of her fellow Commander-in-Chief, Trader. Facing numerous armies in war such as the Nachos, DW and SWAT, Sidie led ACP's AUSIA division to a size not seen since 2014.

Sidie9 would eventually retire from the Army of Club Penguin on February 10th, 2016.

Sidie returned to the community with the revival of the Army of Club Penguin in October of 2019 as Second-in-Command, but would leave to create the People's Imperial Confederation (PIC) on the 17th of October, 2019.

Sidie would have turbulent relations with Prior Bumble and his Recon Federation (RFCP), initially attempting to illegitimately revive the PRA without Prior's permission, though the two would eventually grow close. On November 12th, Sidie took leave from PIC for her mental health in the wake of a war with ACP. She eventually joined RFCP for AUSIA leader (3ic) on November 15th, to the immense scorn of co-leader NotManuGinobili. The two agreed to shut the army down shortly after.

It isn't clear what went on between Sidie and Prior, but by the end of January 2020, Sidie had left RFCP and fallen out with Prior.

In late March 2020, Sidie9 revived PIC for a second generation, becoming one of the key Small/Medium Armies in the first half of 2020. The army participated in World War Rewritten on the side of the Rebel Penguin Federation, was the main subject of a community-wide harassment campaign conducted by RFCP, and reached the finals of the CPAM Challengers Cup.

The army would eventually fall in size due to scandal, which was exacerbated by a three-front war against the Templars, Pizza Federation and Red Ravagers. PIC would finally close in August of that year, forming the short lived Tamales army in a merge with the Water Troops.

The People's Imperial Confederation would return for a third generation, with Sidie9 reprising her role as Commander-in-Chief alongside Emma (lunch room), SupremeP0wer and Shallissa. The army saw great success, consistently placing in CPAHQ's Top Ten Armies and maxing 15-20.

PIC became one of the staple Small/Medium armies of the CPPS era under her leadership, being ranked as 7th in CPAH's Top Ten CPR Armies of 2020. Sidie9 finally retired from the army community on the 19th of April, 2021.

In retirement, Sidie9 expressed interest in contributing to the community within the realm of media organizations. On the 19th of May she would be hired by Club Penguin Army Headquarters as the Associate Director, becoming an administrator of the organization.

In the absence of PIC leaders Shallissa and LEGOMAN, Sidie9 led the Confederation during the Grand Finals of Challengers Cup 2, becoming 1 of just 4 people to attend both the 2020 and 2021 Challenger's Cup finals. She is also the only person to have led in both finals.

Sidie9 was hired as a Moderator for an upcoming army CPPS, CPA Battleground on the 7th of September. On the 17th of September, following the retirement of Vanish from the administration, Sidie took up the role of Vice Director at CPAHQ.

Amidst the unexpected absence of Doctor Mine Turtle (DMT), Sidie9 was named interim Director In Chief of Club Penguin Army Headquarters on the 12th of December. She would later be officially inaugurated as Director on the 23rd of December, serving alongside Co-Director DMT. 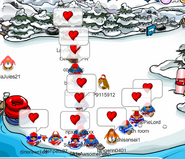 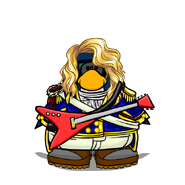 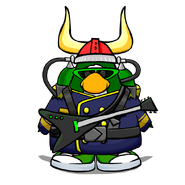