Smart Penguins, originally known as Smarty Penguins, was a Club Penguin army created by Vivek and Dinesh in September 2013. They were mostly known for their AUSIA division, one of the strongest in the 2013-2016, period that the army was active during the original CP era. In 2021, the army was revived and integrated into the CPPS army community before closing later that year. Their color was red and their historical capital had been Ice Breaker.

Smart Penguins was established as ‘Smarty Penguins’ by Vivek and his counterparts, converted from a tracking chat into an army. With the help of his classmate Dinesh, SP officially opened on September 19th, 2013. Superhero123 joined a week later, and became leader after creating SP's first website. This month, SP had an average size of 5-10, primarily consisting of AUSIA events tuned to Indian times. Their second event was raided by the Light Troops, an army SP would end up having a year lasting rivalry with.

This month the army grew significantly. Smart penguins began averaging sizes 8-12 in almost every event. Soon after, the army engaged in their first war with the Ice Hounds, an army created by Son Nav. This war ended in a tie, as both sides were equally strong. Unfortunately, no pictures appear to have been saved from this war.

During this month, the Smart Penguins continued to rise with sizes of about 14-18 in every event. Near the beginning of the month, Cassiusbrutus (also known as Max) attempted to trick SP into making a new generation of his own army, Club Penguin Empire. His plan was to become leader of SP using his big army experience, then merge SP into his army. The other leaders saw through him, removing him from leadership as soon as they understood his intentions.

In December, Smart Penguins sizes shrunk significantly, with the exception of a AUSIA event in which they maxed 16. Dinesh had several arguments with the leadership, eventually deciding to leave the army altogether. Soon after, a new leader named Rishron took his place. SP jumped into a war against the Exrate Army, created and led by Earthing. The war ended with a victory for Smart Penguins.

Smart Penguins sizes continued to decline this month. Rishron quit and, in the few events SP had, they maxed around 8. However, Dinesh returned, and a penguin by the name of Astro joined the leadership team. He would go on to be one of Smart Penguins best leaders, making a huge positive impact on the army.

This month, Smart Penguins bounced back up and returned to their regular sizes of 13-15. Despite dealing with a website defacement, the army wasted no time recovering. Rix joined the leadership, with Rishron returning soon after.

March was an incredible month for the Smart Penguins. A new leader named Andy joined, bringing their maxes up to 18 in every event. He reformed their government, and created a democratic constitution, which proved to be incredibly effective. The army reached 9th on the CPAC Top Ten for the first time in it's history. Near the end of the month, their chat was defaced.

During this month, their sizes dropped slightly before growing bigger than ever before. They kept up an average of 20 during their events, even reaching 20,000 views on their website. 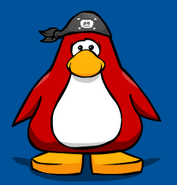 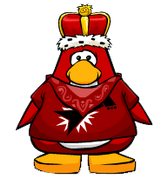 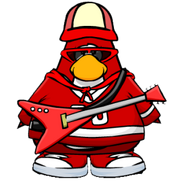 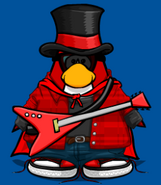