The Storm Warriors were a small army created by Amichael1 on March 31, 2011. They were growing rapidly in 2011 until he (Amichael) retired in the Summer in 2011. They returned on December 21, 2013 as of the 4th greneration and are currently alive.

Taken from the Storm Warriors site .

Originally created by Amichael1, Bluex75, and Penguinboy, even though on the old website it says Penguinboy created it, that is false. It started one day on Amichael1′s old army chat, now dead Dark Troops, when he contacted Penguinboy. He then asked, “Will you merge your army with mine, we can create a whole new name and everything.” Penguinboy replied, “Sure! Only if I get owner.” Amichael1 said sure and decided the name would be Storm Warriors. On our very first day of recruiting, we maxed 7 averaged 5, which is AMAZING for an army on the first day. As the 1st gen continued, we got stronger and stronger, went up to #6 in the SMAC small top ten. We were even allies with the Nachos! We PB’d them and averaged 8 maxed 10 of course,  they went on to beat us. We also had our first war with the Snow Warriors, but no biggy,they pulled out quickly cause they saw we were bigger than them. We even entered a tournament, first up, Platinum Blue Warriors. We had pb’d them in the past and knew if everyone was there we could beat them. Alas we lost because Amichael1 was not there, and only 3 owners showed up to the event. There we took a downfall. Amichael1 retired following with the fall of the Storm Warriors.

Amichael1 came on DW chat one day, his old leader SaW was on and offered that if he joined again, he would give him mod. Amichael1 accepted and Amichael1 was officially back in armies!!! Exciting as it already was, He then went on to create a new website to recreate Storm Warriors. No one joined for the first few days. Later that week Madhav2 was saying PC ME IF YOU WANT TO CREATE AN ARMY WITH ME. Amichael1 gladly asked him if he would like to join Storm Warriors. After a few seconds of pondering Madhav said yes, thus the very first troop was born. Now a big surprise happened, Bluex75 joined us without warning. Blue was a old leader of us. Soon after restarting, we had entered into the SMAC Down tournament, and made it to the bronze metal match. Alas, we only got good numbers at tournaments seeing just 6+ at other events. On March 6th, 2013 Amichael1 declared the second generation over after lots of corruption going throughout the army, especially on chat.

Overall Generation 3 had to be the most failed generation in the past generations.We maxed good sizes of 10+ at some events. We maxed 12+ for the first time in this generation with a war with Archers.Amichael1 retired from the Storm Warriors on April 28, 2013 leaving Bluex in-charge.The final week we had was one of the most failed weeks. Bluex held a meeting on that Thursday, on our last week, stating that he would kill Storm Warriors and create a new army called Elemental Ninjas.Our final event was the CPAC Army Warfare League Tournament against the Water Vikings which we were a no show.On Saturday, May 25, 2013 that’s when Amichael declared Storm Warriors dead.

On December 10, 2013, Bluex decided to remake the Storm Warriors, he felt like giving the army another chance. A few days later, he emailed Amichael1 asking him to remake the army. It took a while for him to respond, at least 6 days later, Amichael came on xat and was talking to Bluex about the recreation, he responded “Yes”. So they were rebuilding and the day after we were re-made, we had an event and maxed 11! It was very good to start off with. 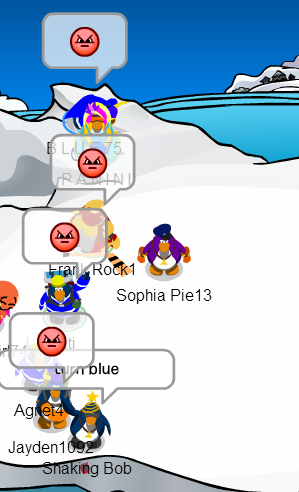 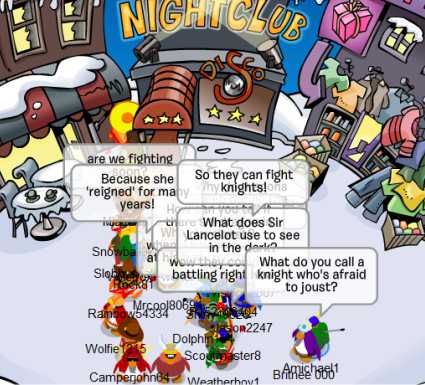 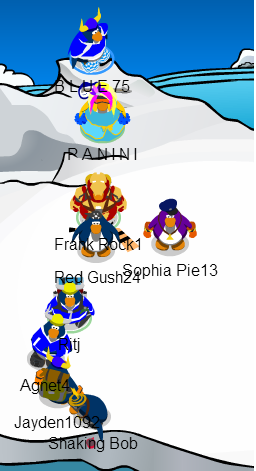 Retrieved from "https://clubpenguinarmy.fandom.com/wiki/Storm_Warriors_of_CP?oldid=27124"
Community content is available under CC-BY-SA unless otherwise noted.