Unknown, rumored to have peaked at 100+

The Tuba Army also referred to as the Tubas or the Tuba Gang was an army formed on April 6th, 2007 by multiple clan leaders. The army saw it's popularity after the formation of CPRA. The army managed to remain a super power from early 2017 all the way until December 2017, with the fall of the Tubas after a massive defacement. The army managed to see its rise and size due to Cajan, one of the Tubas’ best leaders.

On April 6th, 2007, a new item was added to the Penguin Style catalog being known as the "Tuba". Several people will dress up as yellow and wear the Tuba and call themselves Tubas. It is relatively unknown about their CPA era history.

Revival of the Tubas

See Also: The Great Tuba War
After the shutdown of Club Penguin, 2 people known as Tygokid and Cajan would re-form the new Tubas as the “Tuba Pride Group”. They would end up becoming a large rogue trend, amassing around 20+. Around this time, they unintentionally held a practice battle with the Rangers of CPR on Club Penguin Rewritten at their peak.

Around in April 2017, the Rebel Penguin Federation under Elmikey would declare war on the Tuba Army. They cited that the Tuba Army was a general nuisance for their toot emote spam on the island. This would lead to a very large war known as The Great Tuba War. The Tubas would earn the respect of many of the CPR staff team, including owner Codey. However, after facing a defacement, the Tubas would lose organization and collapse.

Many future attempts and smaller clans were formed in honor of the Tuba Army in an attempt to continue the war but would fail. An Tuba figure known as Tool Box would go on to earn CPA major legend but later had it revoked in September 2020 for no actual proof of leading the Tubas. The Tubas would be the first notable Anti-RPF army in the CPPS era. Their legacy is still very notable to this day. The Tuba Army is currently not active.

An picture of the Tuba, which the Tuba Army uses. 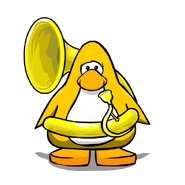 An Tuba Army member in their uniform.

An photo of the Tuba Invasion of Alaska which kick-started The Great Tuba War. 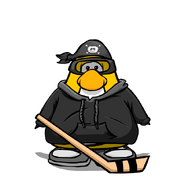 RPF vs Tubas in The Pizza Parlor! CP Rewritten