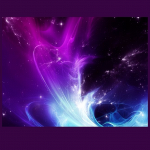 Over time, I also have been known as DEF246 on Discord and also used the name Rowan Alden there, with my final alias being Gabriel Laurent.

I'm now a bureaucrat and looking after this wiki, so feel free to talk to me about any concerns!

This November will mark three years for me in armies! I haven't been around as much as others but I've seen a lot in my time in the community, from watching the Elmikey RPF drama unfold as it happened [even being in the discord server when it crashed after an attack was launched on it and the RPF website [it's a long story]], talking with him a few times in his discord and watching him fall even further.

I saw the initial rise of the Templars and reported on World War VII here on the wiki and also did the analysis on it! I was there for the one major fight that happened and saw it all go down.

In more recent times, Cpworld2001, better known as Flen these days, got me into the new CPA community and I've been there ever since. It's an interesting bunch with armies like the RPF and the EGCP being there along with newer faces like the RFCP.

I was with RFCP for a good amount of time and it changed me in a lot of ways. As you can probably imagine, there were good days and bad ones, but I'm glad I joined it. I made amazing friends and learnt a lot about myself and changed the way I saw the lives of the people around me. I ended up leaving it however due to internal drama along with a long-standing issue of juggling CPA with my school work. I might talk about this in a blog post sometime, idk.

Largely retired from CPA March 1st 2020 after it fucked my mental health. I hang around a few places like this wiki but don't really get involved in current affairs.

I was in PIC in April as the UK head and although I only got to lead one event, it was a real blast! I loved PIC and they're great people.

In my time within CPA I have been in:

Recently, we disabled the blog post function on the wiki. I do have a few notable things saved in them, you can find them at this link: ☀https://drive.google.com/drive/folders/1Mhegk5yhQzMW8_tR4sZFB5qWpT0lg9GD?usp=sharing

Retrieved from "https://clubpenguinarmy.fandom.com/wiki/User:Annon-_CPA?oldid=29859"
Community content is available under CC-BY-SA unless otherwise noted.