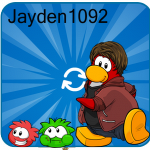 Hello there! My name is Jai but I've also gone by Jayden, Jay, and Fari. I joined Club Penguin Armies in early 2012 and my first armies were either the Night Divers or Ninjas. Eventually, I left Ninjas and the Night Divers and created my own army called the Club Penguin Water Ninjas. The beginning generations were not very popular as it was usually just close friends and me. In later generations, the Water Ninjas reached world power status. A multilogging scandal under my tenure as Water Ninjas leader would lead to unrest and the eventual dissolution of the Water Ninjas. Future attempts at recreating the Water Ninjas would be unsuccessful. I received recognition for my achievements in the Water Ninjas as I was awarded Small Army Legend Status by SMAC, SMAP, and also CPAC. Besides WN, my CP Army Experience includes being a former Army Republic 3rd in Command, Ice Warriors 4th in Command and Golden Warriors 3rd in Command. I also joined and participated in many other armies' events throughout my Club Penguin time.

I took over this Wikia when the vandalism was still at an all-time high. I have attempted to help restore this Wikia however my time is limited and the Club Penguin Army Community has shrunk. Nonetheless, I still monitor the Wikia from time to time. As of now, Club Penguin Armies are dead due to the shutting down of Club Penguin but I will still keep this Wikia intact from vandalism. While I also encourage those to post about armies post-Club Penguin. If you ever need to contact me, just shoot me a comment at https://cpwaterninjasarmy.wordpress.com/ or leave a message on my Wikia wall.

Retrieved from "https://clubpenguinarmy.fandom.com/wiki/User:Jayden1092?oldid=28243"
Community content is available under CC-BY-SA unless otherwise noted.