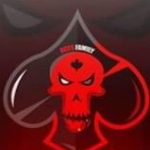 Shad started Armies in 2006 by joining the Red Team which later became known as Underground Mafias Army. Later on he would join the RPF as a low troop status within the army. In 2008 Shad joined the Shadow Troops and climbed up the ranks to Leader in 2010. In 2009 Shad created his first army called the Universal Marines of Club Penguin alongside Bbbbrrrrr. UMCP went on to become Number 1 in the SMAC Top Ten in 2010. He ended up closing that down as he focused on Shadow Troops. in 2011 Shadow Troops closed down and Shad then got a PM by Elitesof who then offered him Leader. Shad lead FGR till they closed down in 2012. Later on in 2012 Shad got in touch with Commando993 and King Phooey to revive Shadow Troops. With their help they were able to get them back into the Top Ten status. While Shad was leading Shadow Troops he was also a LiT in the Golden Troops. During this time Jerry promoted Shad to Leader and lead both Shadow Troops and Golden Troops. He was able to lead them both to the Top Ten. Shad realized it was time for somebody else to take over his position in ST and stepped down. He then focused on GT and was able to get Golden Troops to 2nd on the Top Ten till Jerry, Tapdancer, Gangar, and Shad decided close it's doors while they were at the top. At this time Shad joined up with RedGush to help revive Night Warriors, but they both got messaged by Commando717 to join him in a meeting. Commando717 saw potential in both of them and they decided to revive Rebel Penguin Federation. In this revival Shad came up with a new rank system to help push RPF's activeness to the top. Commando717 and Redgush were both the Leaders while Shad took 2ic. Once they started rising and taking names they were able to get in touch with Elmikey and gave him 2ic. They then promoted Shad to Leader to help keep things going. Once Shad saw RPF climbing the top ten he decided that RPF was in good hands and stepped down to start his own Army which he named the Black Rebels. The Black Rebels were a short lived top army that struck CP Warfare hard. Shad got back in touch with Jerry and hired him to lead with him along with Taco and Crazy. Alongside them was Domsamillion. With this team they reach Top Ten in no time. They joined the Legends Cup and was able to make it past the qualifiers and then got defeated by the Army Republic. After that defeat Black Rebels then slowly died till Shad finally pulled the plug and BR closed. After BR closed Shad went on to lead a couple other armies and then left Armies for about a year. At the end of 2014 Shad created Central Media Inc. alongside his good friend at the time Gar101. CMI went on to last a good 3 years. In 2016 Shad founded Club Penguin Army News Network which battled against CPAC for views. CPANN at the time were getting more viewers than CPAC until CPANN reporters started getting lazy which resulted in CPANN shutting it's doors a month later. After that Shad focused on CMI which went on till mid January of 2017 when Shad closed CMI due to personal reasons. Shad left Armies all together in March 2017.

In February of 2019 Shad got invited to a CPA Discord Server by DrFlen. Shad got offered a Board of Directors role by Flen and Shad accepted out of boredom. Shad started getting interest in helping Armies as he realized how much of a decline Armies were on. Sean then gave Shad CEO out of nowhere and changed the name to Club Penguin Army Syndicate. CPAS got turned around and CPAS was more active than ever. The only problem were lack of reporters. Shad advertised positions everywhere and nobody was interested. This resulted in Shad doing the unthinkable and gave CPAS over to Epic, the CEO of CPOAL.

For more information on Shad please visit his website at https://shadsoffice.wordpress.com/

Retrieved from "https://clubpenguinarmy.fandom.com/wiki/User:SirShad?oldid=28134"
Community content is available under CC-BY-SA unless otherwise noted.