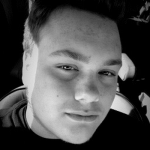 (This was taken from an email I recently conducted, I will update it soon)

The beginning for me in CPA started in 2010, I was waddling around, just hopped on to see what cp was up to.. I'm glad I logged in that day, it wasn't a normal thing for me.. Anyway I was looking around, then I came to the town. These people all grouped up were trying to get members to join their army, it was called "Night Warriors".. Led by Vendetta and Tomb, two very awesome members of CPA. I stayed with them for a while, then went on to create my own army.. It was called "Army of Awesomeness", bad name.. I know, it was a horrible army.. Mainly cause I didn't know what I was doing, I was only 10 or 11 (15 now). I am now suprised people still respected me with it. Then la-le-da, I was getting disinteresed in my army.. I surfed though chats and discovered "Green Raiders" (Which is now abandoned and emptied of much of it's content (https://greenraidersofcp.wordpress.com), I started chatting with the little people they had, it was mainly filled with me, Billyb1000(He didn't mean to copy BillyBob, a "B" slipped in before he set his name on CP, His name is really "Billy"), Ultraclone and Codycat.. Then we went to look for new graphics, that's when we met "Pete" or soon to be called "SlimShadyCp" (I still associate the name with him, not Eminem). We started hanging out, he was a cool dude. After while the army died down a little.. Ultraclone and Codycat stepped down, me and Pete/Slim stepped up. We led the army for maybe 1 year, thoughout that year we grew the army to a professional Club Penguin Army, we had many members, but we were still small compared to the big shots.. It's like like winning 10k standing next to a millionaire, it was big for us, no so much for them. Anyway, we stopped recruiting and stuff and just hung out with our current members.. One who is dead now.. His name was Snow, he got into a car accident.. he was doing well for the first few hours and talked to us in that time (In the hospital).. He had to go, we found out maybe a week or so ago after him not coming online (We thought he was healing), his family then told us what happened. We just felt.. Apthedic I guess, we didn't really express much about it, but you could tell everyone was affected.. He was a good member and a great friend.. Anyway, thats over now. I'm glad I don't think of it much anymore. After a few months we all seperated and didn't really talk much, besides me and Slim, we became great friends :D.. We talked nonstop for hours, did everything together.. I can honestly say he is the best friend I have ever had.. We grew up together lol.. He's a professional graphic designer now..lol, I know when he was horrible.. Now he's make things better than anyone I know. We were in small armies here and there together, nothing became to special enough to remember.  We had so much fun.. We decided to remake Club Penguin Crew. At first, we knew what we were doing we had a whole plan.. We grew to a good size, the plan worked.. We began making money, bought CSS function on wordpress.. Then a .com domain.. We became a professional high quality army. It never got too big, but we got pretty big! Then IceBerry comes along.. I disliked him, he was a mean and just a upsetting guys.. Sure we talked a little, but it seems he was always better than everyone and such, he led me to quit.. I stepped down, Ice then begged slim for my spot.. Slim asked me, I said whatever.. Slim then found him to be quite bad after a while with him, he then he followed me.. I lost access to my chat account.. Which led me to leave CP armies, along with CP.. For what I thought to be forever. I lost contact to Slim and all my other friends I met. I haven't been able to talk to them for years now.. I had to accept it was the end..  I then moved to forums, I'm mainly known on Hack Forums.. Not as a blackhat, I was completely whitehat.. If even, I was pretty much a skid.. I stayed there for a few years now.. Then I got super depressed, demanded my account from xat.. They got it back.. Now I'm back, stronger than ever. I'm am now a mature, dedicated member of Dark Warriors. So much has changed.. But I'm back in the game nonetheless. Currently addicted again, and when that day come... Slim will log back on, we will be re-united. Thats all I want right now.. For my me and my buddy to gain contact again..

Another thing about slim, when I last spoke to him.. He was still dating this girl named Stephanie, they met on Club Penguin Armies.. He even flew down to see her. They were so happy for each other.. And this wasn't some little kid love, this was when they were both mature as our age can handle.. Sure.. He's still a teen, but he was a mature teen. CPA are important in both of our lives.. I miss him so god-damn much.

Retrieved from "https://clubpenguinarmy.fandom.com/wiki/User:XDexus?oldid=16016"
Community content is available under CC-BY-SA unless otherwise noted.